“What is Positivity?” – A question I get asked often. Usually if I am on stage, or teaching a workshop, I will just open up my book and read my definition of positivity. I’ll go on and talk about the characteristics and benefits of positivity.

However, I think it is a much more interesting discussion to talk about what positivity is NOT. Below is an excerpt from my best selling book, SEVEN MORE DAYS…

I believe that, at its core, positivity is defined by choice. It is a personal decision we make 100 times a day. I believe we can identify when we are or are not being positive and change our behavior. Sometimes it is hard work in the moment, for sure, but for me it is a much less stressful, more authentic way of living in the long term.

“It will never rain roses: when we want to have more roses, we must plant more roses.”  ―George Eliot, English novelist

So, we’ve looked at what positivity is, but what about what it isn’t?

Positivity is not delusional: While we all connect well with upbeat people, positivity can be grating when someone has lost touch with reality (as we talked about at the start of this chapter). It’s natural for people to want to believe in a good outcome, even when one is not possible. When my mom was in the hospital, it was tempting to say, “She’s gonna live five more years! We’re gonna beat this thing!” But that was not the reality, and I believe that optimism becomes denial in these sorts of situations, stopping people from dealing in the healthiest way with unpleasant truths.

This is how I like to explain it. If you’re happily driving along the right-hand lane of the interstate and you come up behind a semi-truck that’s going slowly, you have two choices. You can slow down and remain in that lane, accepting that you’re not going to get to go where you need to go on time. Or, you can pass the semi and enter a faster lane, even if it’s scarier than the right lane—the positivity lane. By overtaking the semi, you enter the reality lane, because sometimes you have to accept the reality and pass the obstacle before you can get back into the positivity lane.

Of course, I understand that everyone approaches these obstacles in different ways. People cope in different ways, at different times, at different speeds. We saw this with my brother, Jason. As my mom tried to have this “I am dying” conversation with my brother, he simply stopped her and said, “Mom, let’s not talk about that. Let’s talk about what we are going to do for your eightieth birthday!” (She was only fifty-nine years old.)

This is classic denial and escape behavior. This was his coping strategy. A coping strategy refers to “how people actually respond to stress as they contend with real-life problems.”3 He also was trying to only focus on being optimistic, which simply was not realistic. In positive psychology, we call this unrealistic optimism, “wishful thinking.” While my brother was wishful thinking, my mom immediately shut down.

I was standing on the other side of my mom’s hospital bed watching this conversation unfold. It was heartbreaking. I felt as if I were just a ghost in the room, like I was not living in reality. I didn’t know what to say. I didn’t know how to act. I was stunned. I was sad for my mom. I was mad at my brother. After all, how could he be so naïve as to say something like this? So, I cried…silently. Frozen in that moment.

It wasn’t until days later that I came to grips with, what I thought at the time, was an ignorant and insensitive comment. I realized that just because I may have accepted the situation quickly, passed into that reality lane already, that didn’t mean that my brother had. That also didn’t mean that he was wrong, or that he had any ill-intention. He eventually came around and we were all in the same place about the reality of the situation.

I believe it’s important to remember that there is not necessarily a right or a wrong way to cope. Sometimes it can be frustrating when others do not cope with stress the same way you do, but understanding why they may be feeling the way that they do is the best thing you can do to support them – to get them into the reality lane so they can get back to the positivity lane.

Positivity is not always the right choice: As I mentioned in Chapter 1, there is the concept of negativity bias, which is our brain’s way of protecting us from endangering ourselves. We are programmed to watch out for negative factors in our environment and take defensive measures. Take skepticism as an example. This often is characterized as a negative quality, but if we ignore our doubts and stay in the positive lane, that makes us gullible, and being gullible makes us vulnerable.

Researcher Joseph Forgas 4 goes even further in his assessment of the positive benefits of negative emotion. In his paper entitled “Don’t Worry, Be Sad! On the Cognitive, Motivational, and Interpersonal Benefits of Negative Mood,” Forgas says that being melancholy can help us remember things, be more motivated, avoid mistakes, and empathize with others better.

Positivity is not self-satisfaction: There is also evidence to show that being too positive leads to a kind of selfishness, an “I’m-all-right” attitude, which results in living in our own blissful bubble to the exclusion of others. Positivity is, therefore, not extreme self-satisfaction. Some level of unhappiness has its benefits, and if we’re angered by something, we’re more likely to be engaged in our democracy or bettering our personal circumstances.

Positivity is not perfection: I think even the most positive people struggle with it, perhaps daily, because I know I do—and I run a business called The Positive Life Company! I’m not positive a hundred percent of the time: that’s called perfection, and as we know, there is no such thing as perfect. Kicking yourself for failing to be positive can set you off down a negativity spiral, so I don’t recommend it! You have to cut yourself some slack and say, “You know, I could’ve handled that better. Next time, I will … ”

Shoot for progress, not perfection, and you will always succeed in improving.

Positivity is not an end in itself: Positivity is a means to an end, and that end is happiness. But “happiness” is not a clear-cut concept because we all define it differently. We’ll talk more about your personal goals in a later section, but I would like to share with you my idea of happiness, which may resonate with you: I believe that happiness is inner peace.

I know this isn’t original—Buddha got there first—but let’s think about it for a moment. Happiness and inner peace aren’t mutually exclusive. One can have a miserable existence but still be at peace in their inner core. This peace is what gives people the strength to sustain their tough lives, but this does not create joy. I know from experience you can be suffering at the loss of a loved one, whether through death or a breakup, and still be at peace inside. Inner peace is long-lasting and enables us to accept the dreadful with fortitude; a sense of happiness is but fleeting and fragile.

The way you create happiness is recognize positive moments and stay in those moments, even if brief.

Stop Asking Yourself, “What Is The 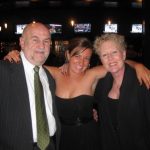 Self-Image: Is Our Life Defined By 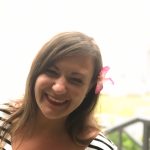 A Woman’s Guide to Designing Her